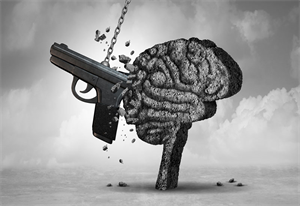 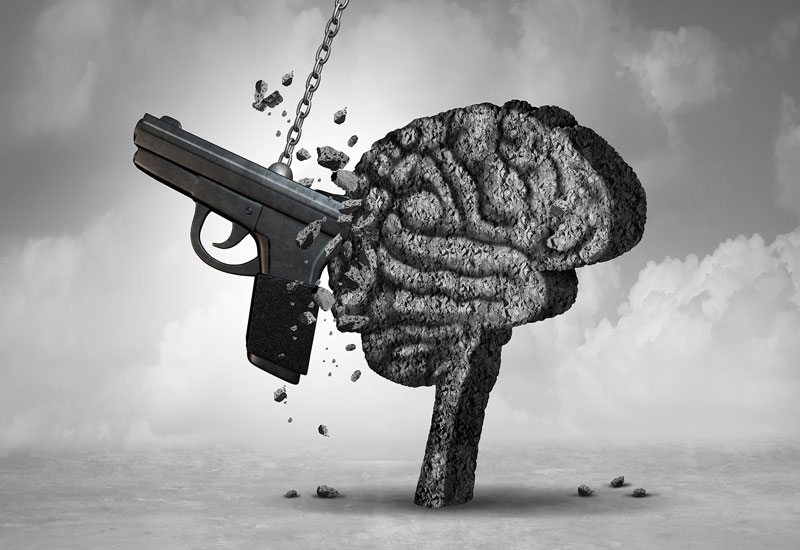 In the wake of another horrific mass shooting, the U.S. Senate passed the first major federal gun safety legislation in decades. This quickly cleared the U.S. House and President Biden signed The Safer Communities Act into law on June 25, 2022. A major part of this bipartisan bill is millions in funding for mental health.

Indeed, whenever there is a call to do something about gun violence, many point to mental health as the problem. The NRA’s response to the bill was a call to fix “our severely broken mental health system.” This is a common reaction. After two mass shootings in Texas in 2019, then-President Trump said that “mental illness and hatred pull the trigger.” Many leaders said the same after this year's Uvalde school shooting. For example, Texas Gov. Greg Abbott’s reaction was that “we as a society need to do a better job with mental health … anyone who shoots somebody else has a mental health challenge, period.”

This reaction is understandable, as it seems common sense that no “normal” person would pick up a gun and start shooting innocent people. But is it true? As you might expect, the truth is more complicated.

Rate of Violence and Mental Health

First, are people with mental illness more violent than others? This is a little easier to answer of the two questions as we can follow patients with mental illness with some accuracy. One study, for example, followed almost a thousand patients discharged from a psychiatric hospital. They found that about 2 percent of those people committed an act of gun violence, and about half of those were toward strangers. This does not mean that 2 percent of mentally ill people will be violent — most people with a mental illness never get hospitalized. So we are mainly talking about people with serious mental illnesses. And some other studies suggest that some severe disorders are the most likely to be violent, such as schizophrenia and substance use disorders. This seems to make sense — people with schizophrenia may become paranoid and feel others are persecuting them, so we can imagine that they may become violent out of a mistaken belief that they are in danger. Similarly, people who abuse alcohol and other substances lose much of their self-control, making them more likely to resort to violence.

But when we say they are more likely to commit violence than others, how likely is that? Not very. The risk of a person with schizophrenia committing homicide is about 0.3%. That means less than 1 in 300 people diagnosed with schizophrenia are likely to commit murder. The numbers are similar to substance use, meaning that even though you can say that people with these problems are more dangerous than those without, almost all the people with these disorders are not likely to shoot anyone.

Anger May Fuel Most Gun Deaths

Given how small that number is, combined with how rare the disorders are (schizophrenia affects about 1 percent of the population, substance use about 10 percent), you don’t have to be a mathematician to figure out this cannot possibly account for all the gun violence in our country. This is particularly true if you remember that most acts of gun violence are not the tragic mass shootings we see in the media. The Centers for Disease Control tells us that in 2020, 19,384 persons were murdered by guns. Most we never hear about. They are not mass shootings but domestic arguments, bar fights, gang violence and other still tragic but less newsworthy killings.

So although we remember dramatic cases like that of Jared Lee Loughner, who shot 19 people in Tucson in 2011, there are far too many gun killings and far too few people like Loughner to cause all of these killings.

Studies looking at gun violence find that most offenders have no history of a mental disorder. Less than 10 percent of gun murderers have a history of schizophrenia. For mass shootings, the number is a little higher, about 20 percent, but that still means 80 percent of mass shooters do not have schizophrenia. Substance use is more common, and even if the shooter did not have a history of substance use, they often drank or used a drug at the time of the crime. Still, most homicides do not involve people with a known history of substance use disorder. They are, as hard as it is to imagine, just “normal,” but very angry people carrying an easy way to kill someone.

Other Deaths by Violence

However, there is one type of violence for which mental disorders are very much a problem. That is suicide. Patients with schizophrenia, substance use disorders, major depression, bipolar disorder, and many other disorders have a much higher risk of dying by suicide than others.