We’re actively engaged in a variety of research projects designed to advance our understanding of mental illness and its effective treatment.
Our researchers participate in various studies, including biologically-based research to better understand mechanisms of mental illness, translational studies to utilize these markers to improve the measurement and efficacy of treatment and the development of novel treatments and technologies for improving patient care.
We frequently publish in peer-reviewed journals, write books and book chapters and present research nationally and internationally.
We enjoy collaborating with other researchers, including those at Baylor College of Medicine, the Texas Medical Center (TMC), TMC Innovation, University of Houston, Texas Tech, Stanford University, Virginia Tech, McLean/Harvard, Washington University and University College London.
Our research is funded by individual donors, private foundations and the National Institute of Mental Health, while our department is led by Michelle Patriquin, PhD, ABPP, director of Research.
Current Research Projects
Menninger is involved in a number of research projects designed to advance the field of mental health as well as improve the treatment offered at The Clinic:

Principal investigator: Michelle Patriquin, PhD, ABPP
All adults and adolescents admitted to Menninger are invited to participate in this project, which evaluates clinical status during the course of their hospitalization and after discharge.
Participating patients are administered structured psychiatric interviews (SCID-5, SCID-5-PD, K-SADS) at admission, as well as a weekly battery of self-report tests that provide data on clinical symptoms, level of functioning, interpersonal relationships and treatment progress and process (working relationships with treatment team members and treatment engagement).
We have also recently added our first task-based measure to examine changes in attention, memory and processing speed that are seen after treatment. This measure, the NIH Toolbox, is a validated iPad application.
In addition to our measures while hospitaized, patients are asked to complete a similar battery of self-report measures two weeks after discharge, as well as 3-months, 6-months and 12-months post discharge. Nearly 4,000 patients have participated in the study since it began in 2008.

Principal investigator: Raymond Cho, MD, MSc
Cognitive deficits are a strong predictor of functional outcome in schizophrenia, yet poorly remediated by current treatments. Disturbances in dorsolateral prefrontal cortex (DLPFC) function underlie core impairments such as in cognitive control and thus represent a critical target for novel therapeutics.
Initial studies indicate transcranial direct-current stimulation (tDCS) may be effective in reducing symptoms due to DLPFC dysfunction. While tDCS potentially represents an exciting, novel therapeutic advance, a number of basic questions should be addressed prior to conducting larger-scale clinical trials, including: verifying therapeutic target engagement, optimizing treatment parameters, and evaluating for meaningful clinical effects.
We are currently enrolling individuals with schizophrenia for this project.

Principal investigator: Katrina Rufino, PhD
As death by suicide has increased 24 percent during the past 15 years, it is critical to more precisely predict suicide risk and to develop new interventions that dramatically reduce this alarming health trend.
Menninger’s specialization in treating those with complex, treatment-resistant mental disorders, and our extended hospitalization stay of four to eight weeks, offers an ideal setting to pioneer efforts in understanding, predicting and effectively treating suicidality.
We are currently recently running computational analyses of patients’ suicide data to determine a more refined predictive model of suicidal behavior, ensuring patients receive the most effective treatment faster.

Principal investigator: Michelle Patriquin, PhD, ABPP
Suicide rates continue to rise in the U.S. and indicate a public health crisis. Inpatient psychiatry clinics are one of the primary locations to treat patients who have thoughts of suicide or have attempted suicide.
Often individuals who have thoughts of suicide or attempt suicide also have sleep problems. Prior scientific findings have supported that when interventions improve sleep, thoughts of suicide decrease.
Our current study is adapting a previously tested therapy manual, cognitive-behavioral insomnia therapy (CBTI), for inpatient psychiatry – cognitive behavioral insomnia therapy for inpatient psychiatry (CBTI-IP) - including Menninger. The short-term goal of this study is to develop a new CBTI-IP clinician manual and a CBTI-IP workshop for clinical staff with a CBTI-IP clinical staff manual.
This study will test how well CBTI-IP improves patient’s sleep and if suicidial thoughts and suicide attempts are reduced. The long-term goal of this study is to save lives by creating a new, effective treatment for improving sleep and reducing suicide.

Principal investigator: Ramiro Salas, PhD
MIND-MB is a comprehensive, five-year neuroscience research study designed to improve the identification of anatomical, physiological and genetic abnormalities and risk factors of mental illnesses. The research aims to increase understanding of mental disease progression and factors that impact treatment outcomes.
This study has created a databank of adult and adolescent brain scans, genetic samples and assessments from approximately adult and adolescent psychiatric patients suffering from multiple mental illnesses.
Participating patients underwent magnetic resonance imaging (MRI) as well as functional MRI (fMRI), which allows researchers to analyze the brain’s regions and neuronal connectivity during brain activity. Diffusion tensor imaging (DTI) was also conducted to analyze the nerve pathways in the brain.
A subset of Menninger patients were rescanned approximately 21 days after the initial brain scans are taken, once comprehensive treatment is well underway. This comparison, using the fMRI, allows researchers to see the difference in brain activity after a standard length of treatment has been completed.
The data collection for this project is now complete. Please see our publications regarding new research from this study.
ProcessGeneList: An Approach to Brain Imaging and Genetics Conjoint Analysis
Principal investigator: Ramiro Salas, PhD
Although genetics play an important role in psychiatry, little is known about how gene variants affect brain function to, in turn, influence risk for psychiatric illness.

A major reason why progress is so slow in this field is that the fields of genetics and human brain imaging tend to work in isolation. We developed a novel approach, ProcessGenesList (PGL), to study genetics and brain imaging data in conjunction.

In PGL, a list of genes known or hypothesized to be associated with a certain phenotype (for example, suicidality) is analyzed: Using the Allen Brain Atlas, we look for brain regions in which the genes in the list are significantly more coexpressed. These regions become a-priori hypotheses for human brain imaging studies.

PGL allows researchers to create brain region hypotheses for specific phenotypes. This helps by allowing us to study only a few brain regions instead of the whole brain, which decreases the problem of multiple comparisons.

A manuscript about PGL approach is currently under review. Test a beta version of the approach (i.e. inputting a list of genes and receiving a list of brain regions where co-expression is highest) here: http://guilleai.ddns.net:3838/pgl/.

Bulletin of the Menninger Clinic

Founded in 1936, the Bulletin of the Menninger Clinic is a peer-reviewed journal that has published papers on a variety of psychiatry and psychology topics. Edited by Eric Storch, PhD, vice chair of Psychiatry at Baylor College of Medicine, and published by Guilford Press, its primary focus now is psychopathology research.
Subscribe to the Bulletin. 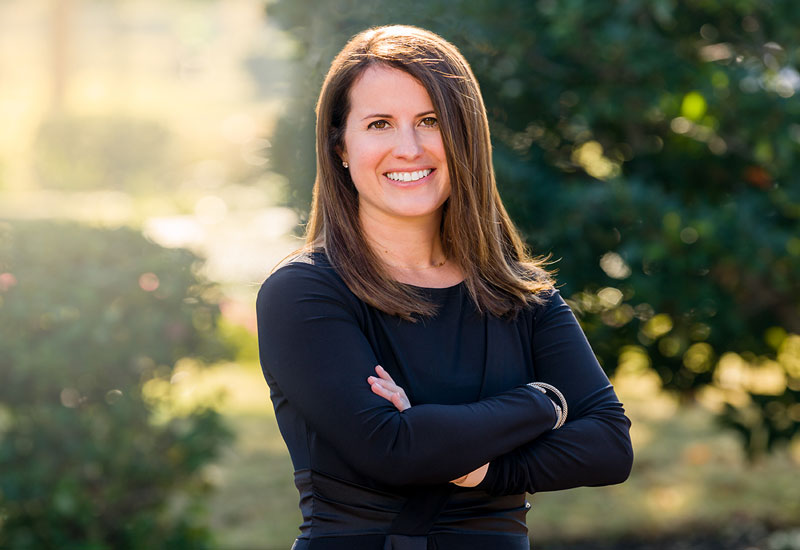 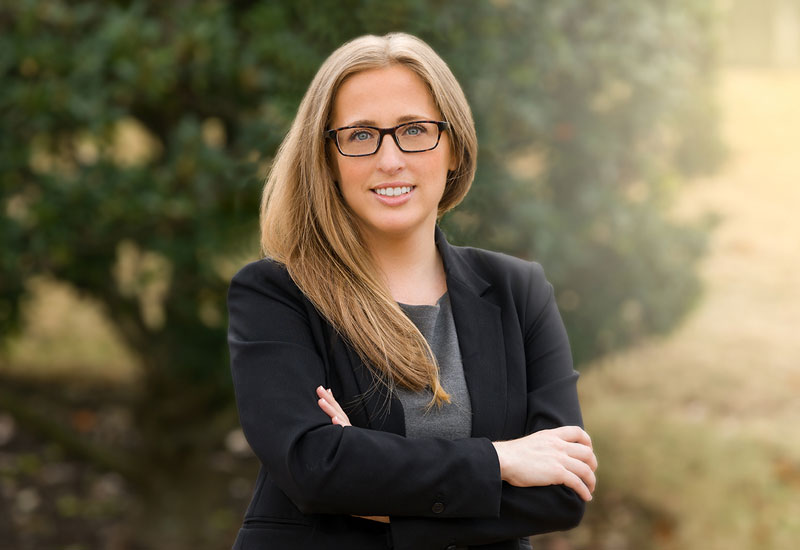 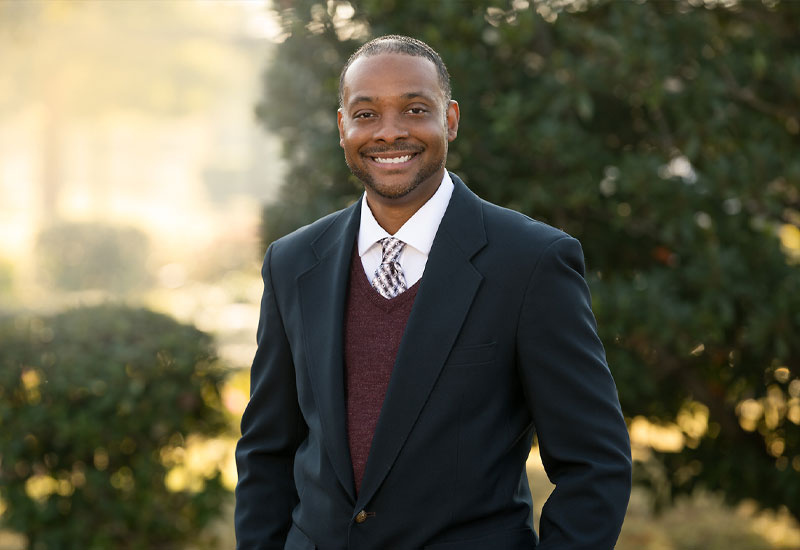 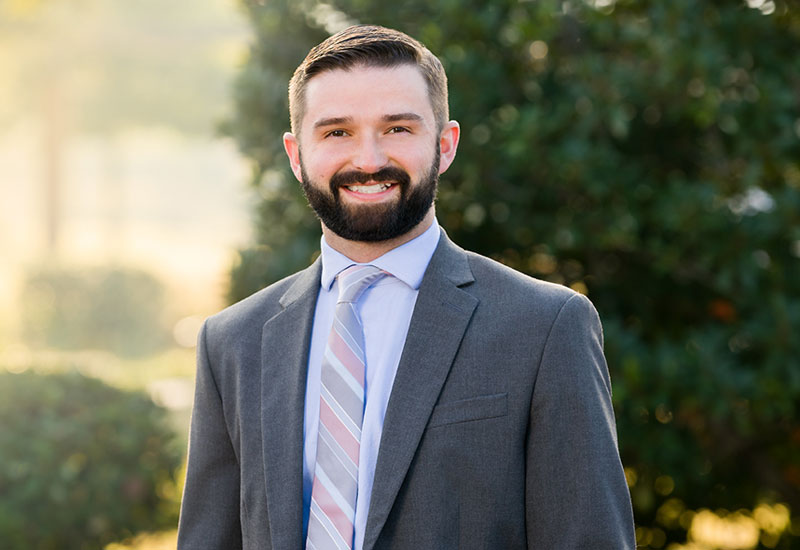 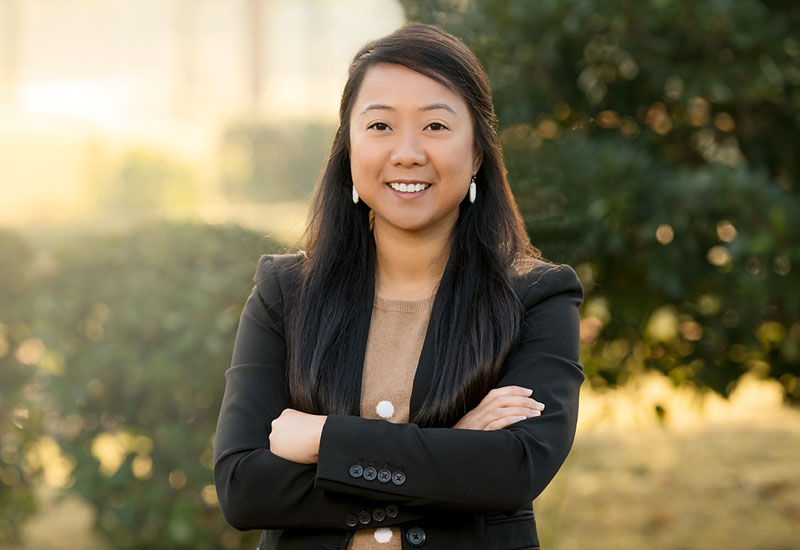 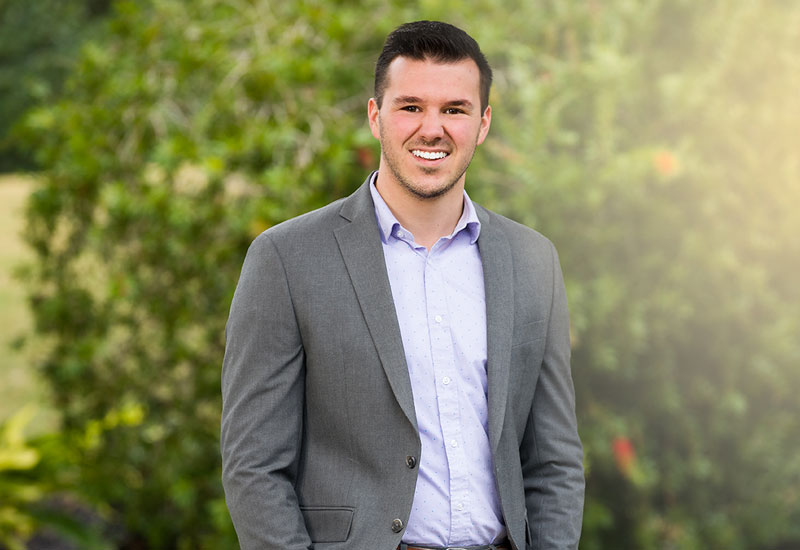 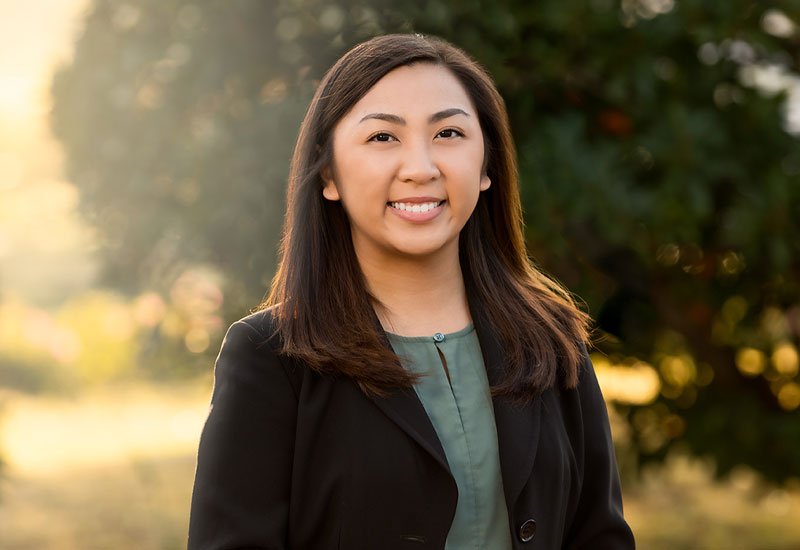 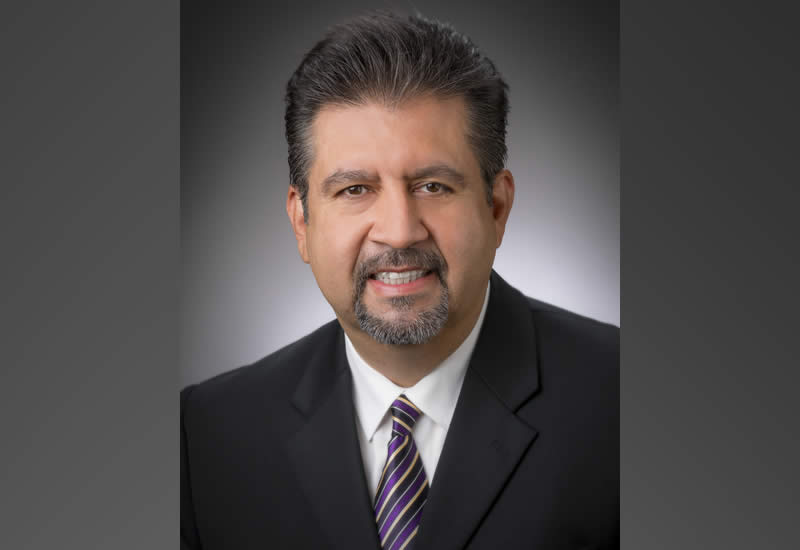 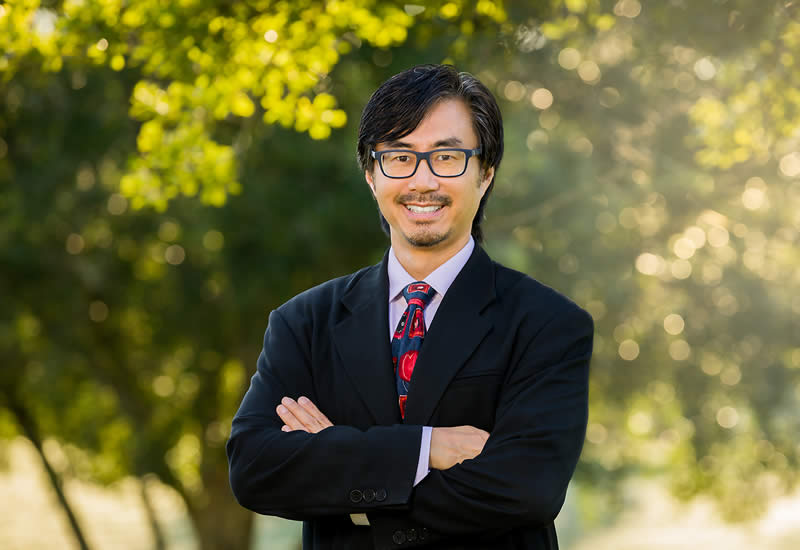 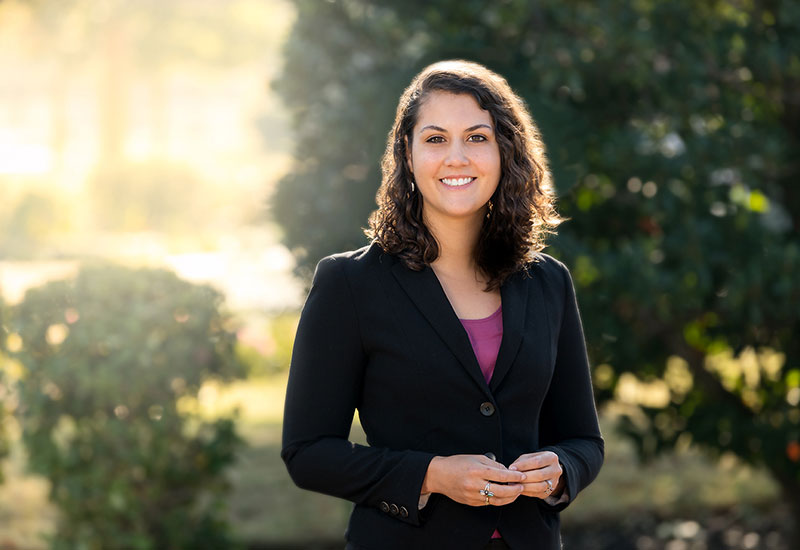 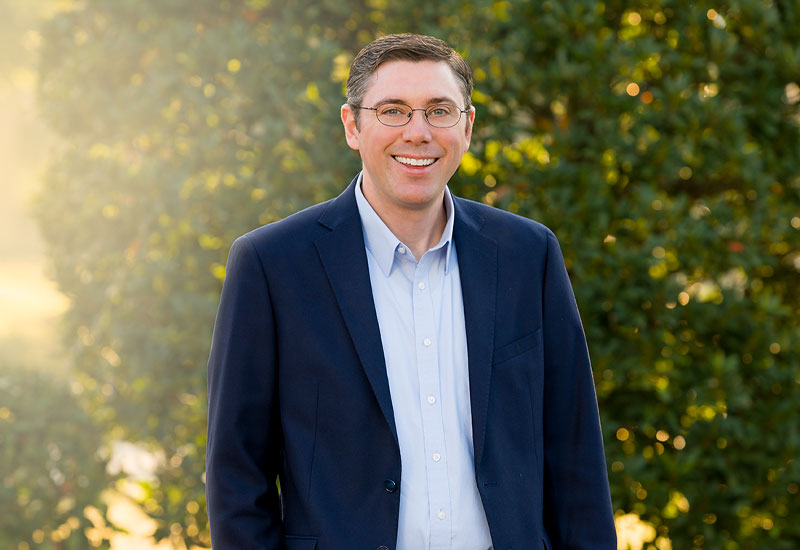 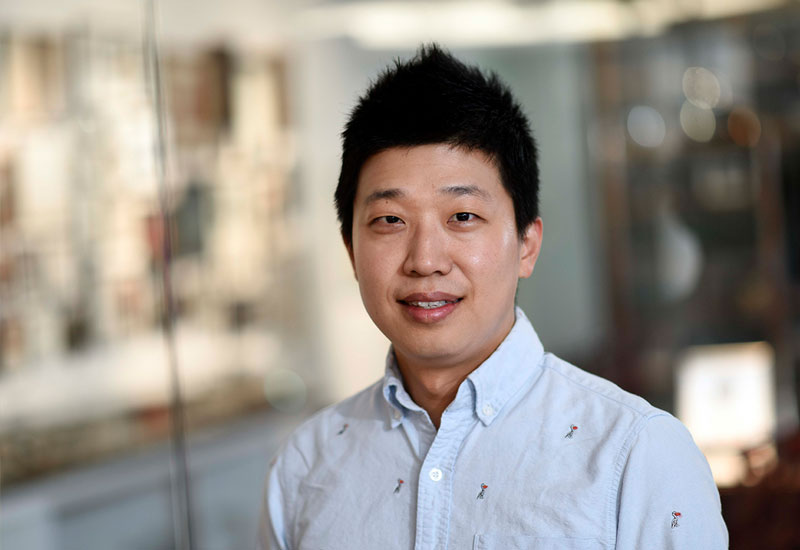 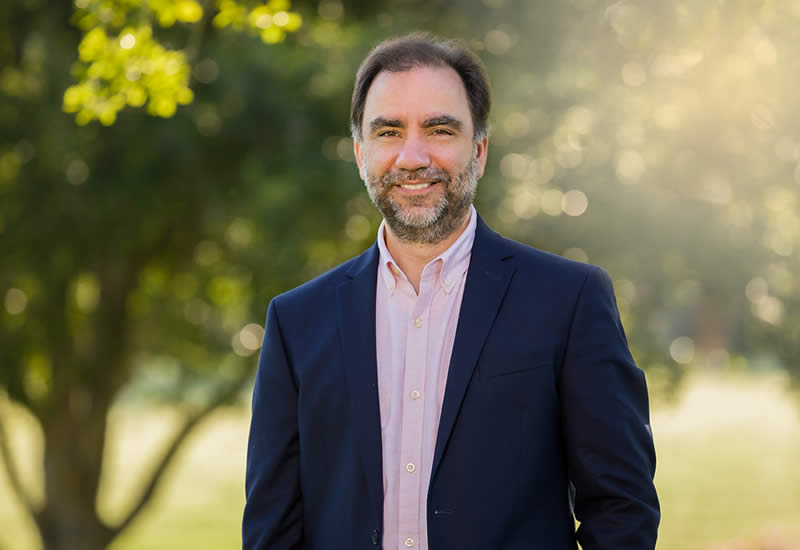