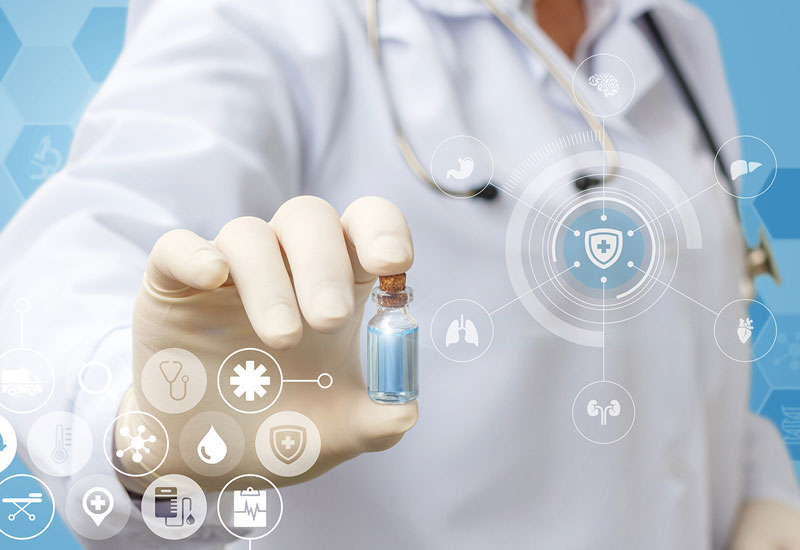 It is difficult to keep abreast of the ever-growing list of medications for psychiatric diseases. From the launch of intranasal medicine for treatment-resistant depression to a continuous intravenous infusion for postpartum depression, drug discovery in the psychiatric arena continues to expand to new and exciting domains.

Cost and accessibility, however, are not the only concerns when it comes to understanding the pros and cons of new medications on the market. Here are a few things you should know about these promising developments and what they could mean for your wallet and your health.

Approved for use in adults with treatment-resistant depression (TRD) in March 2019, esketamine or Spravato® is a chemical cousin of the popular anesthetic ketamine. Among some of the benefits, when taken with an antidepressant, esketamine can bring about a rapid reduction of symptoms and suicidality.

This is not a take-home drug. Esketamine must be administered under the supervision of a physician in an approved clinic and requires monitoring for at least two hours, which is longer than the monitoring needed during an intravenous (IV) ketamine visit. It carries an FDA Black Box Warning for causing sedation and out-of-body (i.e., dissociative) sensations, along with a risk for abuse. While its sedative effects are transient, patients cannot drive home from treatments or perform other serious tasks for a few hours.

Price is another drawback. Due to its generic unavailability, intranasal esketamine will cost significantly more than ketamine. This cost may not be covered by insurance companies and does not cover the cost of the administering physician’s time.

Sold under the brand name Zulresso™, brexanolone, a synthetic formulation identical to allopregnanolone, a neurosteroid metabolite of progesterone, offers hope as the first FDA-approved treatment as of March 2019 for mothers suffering from postpartum depression (PPD). Currently, the standard of care for PPD involves psychotherapy or antidepressants — both of which could take approximately 6 to 8 weeks for efficacy.

In contrast, brexanolone is available through a restricted distribution program and is delivered through a continuous IV infusion over 60 hours. The good news is that its rapid onset of action with symptom relief in as early as 48 hours after starting treatment makes it an alluring option for many. Potential effects have been noted to last up to 30 days.

The bad news? A hefty price tag and the risk of oversedation or sudden loss of consciousness are just some of the disconcerting downsides. Estimated at $35,000 per month for the drug alone, not including the cost of a three-day hospital stay for medical supervision, affordability limits the use of brexanolone. Common side effects include dizziness, drowsiness, dry mouth, fainting and hot flashes. Nursing mothers with breastfed infants should know that it takes about three days for the drug to be cleared from breast milk.

In late 2019, lumateperone, otherwise known as the brand Caplyta®, took center stage for being the most recently developed atypical antipsychotic on the market. FDA-approved for the treatment of adult patients with schizophrenia, lumateperone offers distinct advantages over the others in its class. Specifically, a low risk of significant extrapyramidal symptoms (EPS), metabolic or endocrine adverse effects, such as weight gain, high blood sugar and increased cholesterol and triglycerides, as well as QT prolongation (a cardiac side effect) are potential selling points.

An additional benefit is that lumateperone is only available in one dose, 42 mg, and as such, there is no need for titration. It is taken once daily with food, and the most frequently reported side effects were sleepiness and dry mouth. To assist with its high out-of-pocket cost at approximately $1,400 for a one-month supply, the Caplyta Copay program can offer as little as $0 on the first month’s fill and as little as $15 for subsequent refills for eligible patients.

For those facing burdensome and debilitating excessive daytime sleepiness (EDS) or muscle weakness associated with narcolepsy, the FDA has approved Pitolisant, or Wakix®, as the first and only non-controlled substance for this specific indication with a unique and novel mechanism of action and no abuse potential. Pitolisant is conveniently dosed once daily and works by increasing histamine, a wake-promoting neurotransmitter in the brain, whereas other stimulants and wake-promoting agents work primarily through dopamine, norepinephrine, orexin or glutamate.

As with all new brand medications, cost and accessibility are limiting factors. Pitolisant costs up to a hulking $16,000 for a 30-day supply at the maximum efficient dose, is only available through a specialty pharmacy, and may require a prior authorization from the insurance company before being approved for coverage. Commonly reported side effects include insomnia, nausea and anxiety.

Speaking of sleepiness or, in this case, the lack thereof, lemborexant, or brand DayVigo™, made its debut at the end of 2019. Lemborexant is a direct competitor to suvorexant or Belsomra®, both working as dual-orexin receptor antagonists to promote sleep by suppressing wakefulness. It is taken once nightly at bedtime at least 7 hours before expected awakening.

In terms of efficacy, lemborexant appears to work better than a sugar-pill at both the low and high doses; not only does it reduce the time it takes to fall asleep by roughly 25 percent, but it may also reduce the amount of time spent awake after sleep onset (WASO) by up to half an hour. Its efficacy is like zolpidem (Ambien®).

Common side effects include but are not limited to abnormal dreams or nightmares, daytime drowsiness, fatigue, headache and sleep paralysis. The good news is that a 30-day supply of lemborexant is about $100 cheaper than the out-of-pocket cost of 2014’s suvorexant.

Despite a diverse and ever-expanding menu of psychoactive medications on the market, far too few agents possess novel mechanisms of action and are true “first-in-class” drugs. Still, newly released medicines — whether they be real breakthroughs or derivative medicines — offer the promise of hope and healing to those patients who suffer from untreated or undertreated mental illness. These new medicines also further our understanding of brain function and dysfunction.

It is imperative to discuss the pros and cons of a new medicine with your health care provider to determine whether the anticipated benefits of a medicine change outweigh the potential risks (and costs) when compared to existing therapies.