Serotonin Theory of Depression: A Look at Its Complicated History 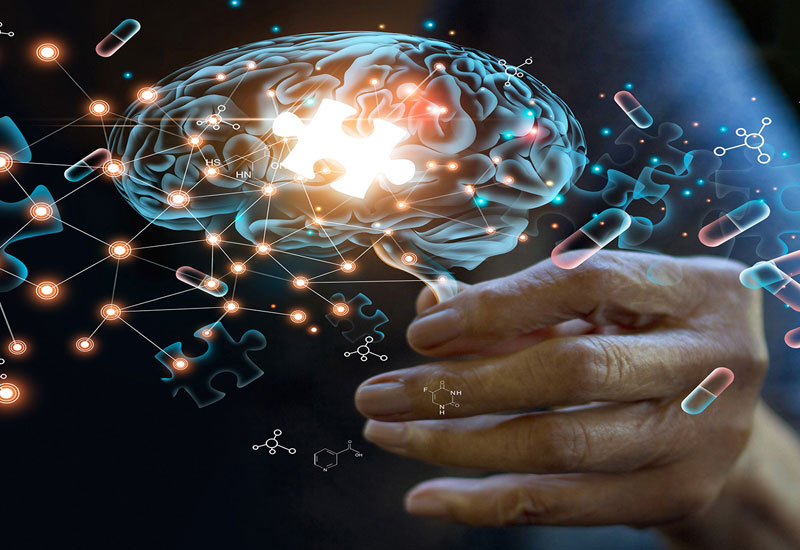 Recently, Moncrieff and colleagues published a review of the evidence for the serotonin theory of depression, concluding that there was “no consistent evidence of there being an association between serotonin and depression,” which was shocking news to the general public.

Many news organizations commented on this “long-held theory” being debunked. Some critics touted the paper as evidence that psychiatric treatments are a sham. One politician even cited the paper to suggest, in a baseless and confusing argument, that somehow antidepressants were responsible for mass shootings. Here, we hope to clarify what we know about serotonin and depression.

The serotonin hypothesis is a version of the “monoamine hypothesis of depression.” Monoamines are a group of chemicals that act as neurotransmitters in the brain and include serotonin, dopamine, and norepinephrine. As early as the 1950s, psychiatrists thought these chemicals might be important for mood regulation based on the serendipitous discovery that some drugs were effective for treating depression and all of them seemed to work by increasing the levels of monoamines in the brain. There were other clues, such as certain drugs that lowered monoamine levels seemed to make some people depressed.

For a time, it seemed there was a biological explanation for depression. However, it did not take long for people to see cracks in this theory. Most antidepressants take weeks to work even though they increase brain monoamine levels only a few hours after ingestion. Furthermore, even though there was an occasional positive finding, studies looking at how levels of monoamines in the brain correlate with symptoms of depression were inconclusive (before modern neuroimaging, these studies were notoriously difficult to do).

The results suggested a much more complex process. As early as 1965, Harvard psychiatrist Joseph Schildkraut summarized the theory and supporting data. He concluded, much like Professor Moncrieff half a century later, that “it is not possible … to confirm … or to reject” the hypothesis.

So why did it persist, even if experts knew it was, if not wholly wrong, at least inadequate? Like many imperfect explanations, it survived because it had utility for modeling the role of monoamine chemicals in the brain, especially for drug development. After all, the first antidepressants all worked by increasing the level of monoamines in the brain. Although effective, they were not targeted and had many side effects.

Researchers then began concentrating on a specific monoamine, serotonin, as a target for drugs. What followed was a revolution in antidepressant treatment. Fluoxetine (Prozac) was the first SSRI, or serotonin reuptake inhibitor introduced in the US. Approved in 1987, it was an almost immediate success, and a flurry of other serotonergic drugs followed. Even today, nearly all drug treatments for depression target one or more monoamines, and serotonin is usually one of those.

Even if most mental health experts understood that the monoamine hypothesis was inadequate, it became one way to explain to patients what might be causing depression. It was not uncommon for doctors to tell patients that they had a “chemical imbalance.” This biological explanation was perceived less stigmatizing for most patients, who tended to blame themselves for something outside their control.

As Dr. Montcrieff fairly points out in a blog discussing her study, “even if leading psychiatrists were beginning to doubt the [serotonin hypothesis] … no one told the public.” Many of us thought, “What is the harm?” Even if not exactly true, the point of the explanation is well intended: that depression is a biological disease, not a moral failing or, in some other way, the patient’s fault.

Although the monoamine theory spurred drug discovery and integrated a biological element into our understanding of mood disorders, it may have also limited it. Most antidepressants for the last several decades were “me too” drugs that differed little from their predecessors. The success of the monoamine approach, along with the expense of drug development, may have made pharmaceutical companies reluctant to explore new approaches to depression. It may also have dissuaded patients and their doctors from pursuing other proven approaches to depression, such as psychotherapy, exercise and a healthy diet.

Professor Moncrieff and her coauthors are doing a service in getting the news out. However, we caution against misrepresentations of the report as a way to conclude that medications have no role in mental health treatment.

Since the monoamine theory emerged in the 1950s, thousands of scientists have added to knowledge about depression and its treatment. The whole puzzle isn't solved yet, but we know a lot. Most modern theories take an integrative approach, meaning that many things cause depression, all working (or not working) together. The “perfect storm” of depression includes genetic vulnerabilities that put people at risk, epigenetic responses to stress and changes in certain vulnerable parts of the brain that, yes, include the serotonin system.

Is there still a role for antidepressants? Depending on the person, antidepressants are not always needed. However, for many patients, they can be lifesaving, especially for those with severe depression. Our understanding of how they work continues to evolve. For example, one mechanism thought to underly the efficacy of antidepressants is their ability to either directly or indirectly lead to an increase in brain-derived neurotrophic factor (BDNF), which is involved in the growth, maturation and survival of neurons. New research also suggests that some antidepressants may work better for individuals of specific age, sex, medical history and symptoms.

As our scientific knowledge grows, so should our communication to those directly affected. We believe that the serotonin theory isn’t dead; it just has grown up a lot.

Note: This content was originally published on Mind Matters from Menninger, our blog on PsychologyToday.com.